You are here: Home1 / Questioning God2 / Jesus Christ3 / Why did Jesus do miracles?

When Jesus lived on this earth, he made some astounding claims. As a twelve-year-old, Jesus reminded his parents that God was his Father. In his sermons he said things like, “I am the light of the world… I am the way, the truth and the life… I am the living bread that came down from heaven…” (John 8:12, 14:6, 6:51). Near the end of his life, Jesus answered the question “Are you the Son of God,” saying, “Yes, it is as you say” (Matthew 26:64).

Jesus claimed to be divine. One would think that the divine would be able to do things on earth that mere humans could not. If Jesus really were divine, he should have been able to perform miracles.

Jesus did just that. He healed the sick, walked on water and even raised the dead. These miracles helped to support his claim that he was the true God come to earth to save mankind. Jesus said, “Believe me when I say that I am in the Father and the Father is in me; or at least believe on the evidence of the miracles themselves” (John 14:11).

Jesus’ miracles did more than just support his divine claims. Jesus’ miracles provided him an audience to hear his message. Some came to see Jesus drawn by the prospect of seeing or receiving a miracle. When they came, Jesus also took the opportunity to tell them about the good news of forgiveness.

However, Jesus’ miracles were no mere marketing tool. Jesus genuinely cared about people and used his divine power to bring healing and happiness. The Bible tells us, “When Jesus landed and saw a large crowd, he had compassion on them and healed their sick” (Matthew 14:14).

Finally, Jesus’ miracles helped to build up the faith of those who believed in him. For example, one night Jesus slept in a boat while a deadly storm raged on the sea. Deathly afraid, Jesus’ friends woke him up and pleaded with him to do something. In a miracle of divine proportions, Jesus raised his hands, rebuked the wind and the water, and the storm immediately calmed (Luke 8:22-25). Jesus’ miracle of power over the storm helped bolster the weak faith of his friends. 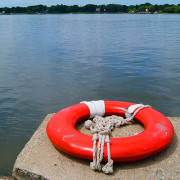 Lamb of God
Scroll to top